ELASTIC is boosting the autonomous tram in Florence

The tramway infrastructure in Florence, Italy, is ready to host the first tests of key technologies that will develop the autonomous tram in the near future 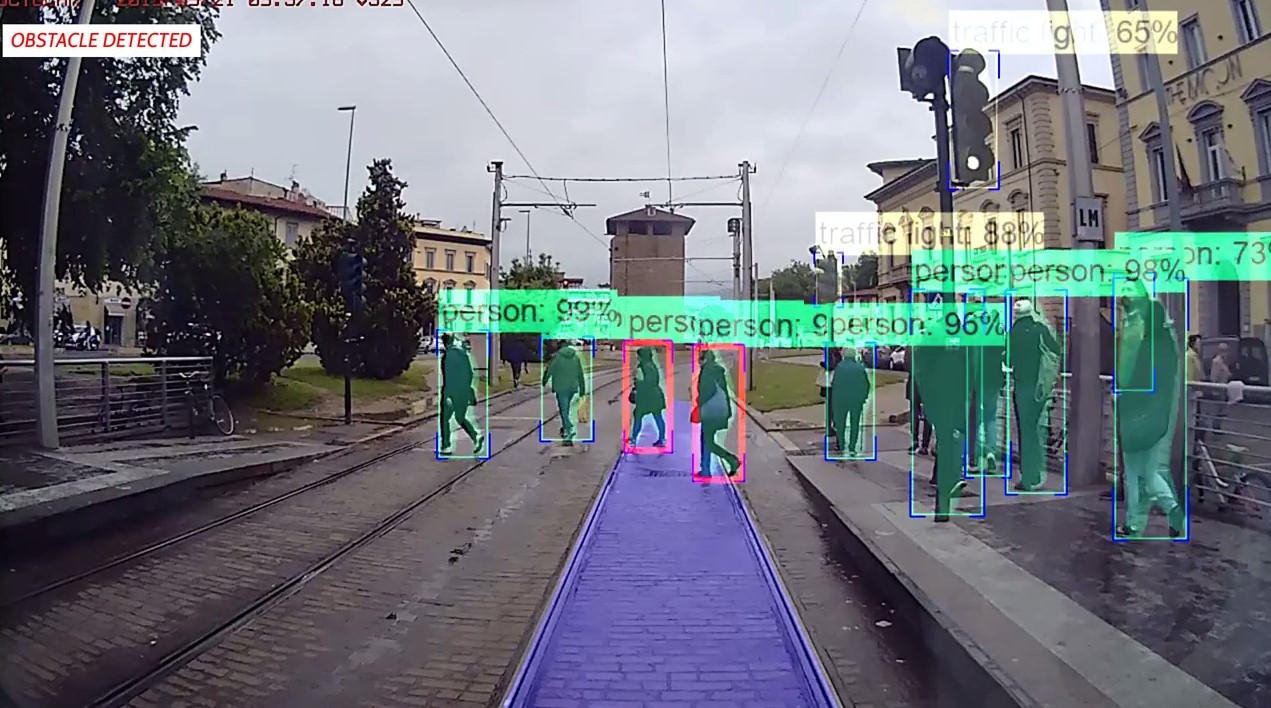 The ELASTIC project addresses an innovative software architecture based on the concept of elasticity aiming to form the technological basis for the advancement of urban mobility systems through the realization of autonomous tram concept. The unique pilot of this programme is located in Florence at its Light Rail Transit urban transportation infrastructure.

Coordinated by the Barcelona Supercomputing Center (BSC), with the support of the Florence tramway operator GEST and the rest of the ELASTIC partners, the city of Florence will become one of the first municipalities to test the innovative technologies developed by Thales Italia to realise the autonomous tram concept.

At this stage, the installation of the on-board sensors is currently ongoing and will be finalised at the beginning of 2020. These technologies allow the implementations of two essential functions for autonomy:
•    the NGAP (Next Generation Autonomous Positioning), an innovative positioning solution allowing the tram to localise itself in the surrounding environment with the benefit of minimising the number of sensors on ground
•    the ADAS (Advanced Driver Assistance System), which implements a collision warning system to support the driver in detecting and recognizing obstacles around the tram close to the track line

The NGAP system, represented in Figure 2 below, allows the positioning of the system along the line by using several sensors:
•    the Inertial Measurement Unit (IMU), a sophisticated inertial system based on Microelectromechanical systems (MEMS) technology
•    the radar to accurately calculate the speed of the tram
•    a GPS antenna, which gets the position information pseudorange measurement.

The IMU measures the acceleration and the angular speed through the accelerometer and the gyroscope MEMS sensors along the three x, y and z axes. The radar points to the ground and is able to calculate the tram’s velocity.

Furthermore, the sensor fusion algorithm SFA, developed by Thales’s research labs and running on a Graphic Processor Unit (GPU)-based architecture, combines raw data obtained from the different sensors to achieve an accurate and safe position of the vehicle. A communication gateway (represented in the picture by the Long-Term Evolution-LTE block), which is part of the ELASTIC edge-cloud architecture, is then in charge of sending the data and the results of the elaboration to the edge or cloud computing platform.

The second enabling technology, the ADAS system, is represented in Figure 3 below. It utilizes radar, LIDAR and camera sensors to detect, classify and track objects that can potentially become the tram’s obstacles. This ADAS solution transforms the physical sensors into a smart version by using specific methods, such as an example Deep Neural network (DNN) for the cameras (see in Figure 1 a first result of the neural network detection capability). A data fusion algorithm, based on the multi-target tracking (MTT) approach, receives the smart sensors data, tracks the detected objects and performs collision checking.

In addition, many other features are implemented on-board, such as automatic cameras calibration and homography to bring the raw data to a common reference system. The activation of visual and sound alarms to alert the driver is also implemented to complete the solution. Finally, as in the case of the NGAP, the outputs of the collision warning system are sent through an LTE modem to the central station, where they are analysed and stored. 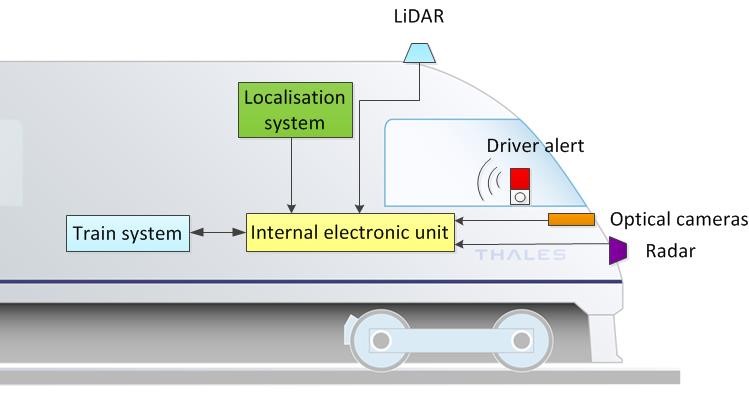